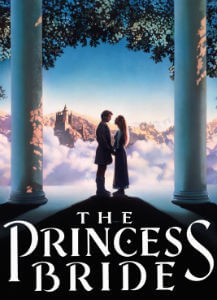 The Princess Bride is probably one of the first fantasy movies deliberately produced for both adults and children, most famous for the line “You killed my father, prepare to die.” This romantic fantasy can be found on many polls for the best movies to watch on Valentine’s Day. For more than 30 years its blend of off-beat humour and timeless storytelling has been entertaining both adults and children, smitten by a love story which considers plummeting down the side of a mountain romantic.

It feels like a quasi-heroic epic fantasy, and then goes for the laughs, but only in an attempt to articulate the importance of stories with princesses, brides, and perhaps a Dread Pirate Roberts. If you are looking for valentinesgiftsforher.com.au when 14 February comes around, you will not go wrong with choosing this movie as your gift as the movie both deconstructs and pays homage to fairy tales in which a young heroine becomes engaged to a prince, by using a larger story that involves multiple protagonists, exploring the idea of “true love” in modern terms, within a timeless backdrop.

The Princess Bride relies on archetypal heroes like Cary Elwes as sweet farm boy Westley, chosen for the role partly because of his uncanny resemblance to a young Errol Flynn and Robin Wright as Princess Buttercup. Add Mandy Patinkin as the embodiment of vengeful anger and the swashbuckling boldness of Inigo Montoya with an overacted Spanish accent, and Billy Crystal (Miracle Max) with Carol Kane’s contemporary hilarious bickering and you have a guaranteed memorable Valentine’s Day date. There are so many characters that can be your favourite. The leader of three villains, Vizzini played by Wallace Shawn, is one of the others, who with total contempt and arrogance delivers an endless barrage of insults and condemnations including the immortal line “You fell victim to one of the classic blunders; the most famous is never get involved in a land war in Asia. But only slightly less well known is this: never go in against a Sicilian when death is on the line!” and Peter Cook’s clergyman who has trouble pronouncing all his letters.

None of this detracts from the themes about abandoning vengeance and accepting love, as realised by the characters of Westley, Buttercup, and Inigo. By being deliberately contrived and humorous, The Princess Bride is a movie you’ll love.